A Most Extraordinary Experience 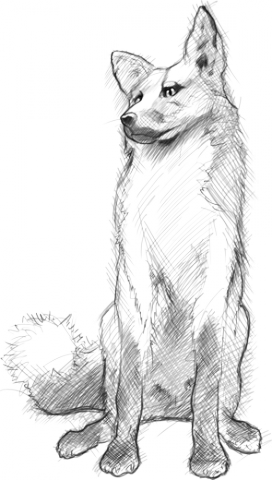 I've been extraordinarily fortunate in my life to have witnessed a lot of great spectacles in the outdoors.

As a research biologist I have seen many things and been very close to animals on many occasions, and I have lived with them - for a very long period of time - extended periods of time.

One of the most remarkable experiences I've ever had, was on the barren lands in Newfoundland in the fall, during the rutting season of woodland caribou:  these magnificent black-faced, white mane, bronzed antlered deer that are so extraordinary to see in these open landscapes…

I had heard the, the racking of two bulls fighting; it's a very distinct sound when they come together with their antlers clashing against one another… I came over a small rise and saw them beginning what turned out to be an extraordinary fight between them.

When you see these big stags muscled up and pushing against one another with mud flying, and the, the turf being torn up, and grunting, and the phlegm running from their mouths, and their eyes wide open -  it is truly an extraordinary thing to witness from a very close distance.  And they are so intense that you - you can get very, very close to them.

On this particular day, I watched them, they of course were oblivious; the females gathered all around them, you know, watching the spectacle themselves…all the female caribou.

And as I watched this intensely, I suddenly became aware that there was a creature very, very close to me - almost within touching distance.  And as I looked down, I could see that there was a fox actually sitting there next to me.  And the fox was transfixed on these battling stags in exactly the same way that I was, and I can still recall looking slowly downward and seeing his whiskers extended - and the beads dew hanging on his whiskers as he looked at the same natural spectacle that I was looking at….

At the end of this fight after the stags separated and moved away from one another, this fox that had been my companion in watching this extraordinary spectacle – this, this natural wonder that I was privileged enough to see - simply stood up and made his way across the landscape as foxes do: nosing here, nosing there.  Moving until he eventually disappeared….

The opportunity to have such an experience, although rare, is mirrored in every experience that every person has in the natural world.  The beauty that we see, with the engagement with wildlife that we have: whether it's the distant image of a bear moving over a hill at some distance, or whether it is song birds and trees,  or whether is waterfowl the alighting on a pond in the evening…  These events, these experiences are priceless to the human psyche and to the human soul.

And, the only reason that we have them, is because we work to keep them.  Wildlife does not exist by accident, anywhere, anymore.   It exists because of the efforts we as human beings, and human communities, and societies make; and it's only because of the efforts of those who have gone before me that I could ever have had that experience that day, which remains amongst years afield, one of the truly most extraordinary encounters of my life.