The Newfoundland woodland caribou (Rangifer tarandus caribou) population has declined by over 60% in the last decade. In 2008, the Government of Newfoundland and Labrador announced a five-year Caribou Strategy that would expand on the findings of earlier efforts to form an ecosystem-based analysis of local caribou population dynamics. The Strategy is research-intensive and focuses on caribou and predator ecology, predator-prey dynamics, predator-prey-habitat interactions, predator control methodologies, non-predation factors, and human dimensions.

To support the Caribou Strategy, population size projections for some major herds, as well as the total island population, were carried out to forecast the future demographic characteristics of the island caribou. These population projections were developed to improve the ability of wildlife managers to effectively and appropriately manage caribou on a sustainable basis. Simulations were performed using population viability analysis (PVA), a standard method used to estimate the probability that a population will persist for some arbitrarily chosen time into the future (Boyce 1992). VORTEX software was used to perform the PVA, which was parameterized with demographic data specific to Newfoundland caribou (Department of Environment and Conservation). The predictive accuracy of the model was tested and validated with known population census data, and was shown to capture the population trends well.

The intentions for this work were twofold. First, herd population size was projected from 2011 to 2030 using current demographic data, and secondly, various demographic parameters in the model were adjusted to test the likely effects of specific manipulations/scenarios on population performance. Resulting projections from these simulations gave an indication of the urgency for recovery efforts, and the manipulations identified processes that should be the focus of recovery efforts.

The PVA yielded the following results:

Based on these projections, we can expect continued population decline for Newfoundland caribou unless rates of calf survival improve, through natural or human-induced reduction in predation on juvenile caribou. 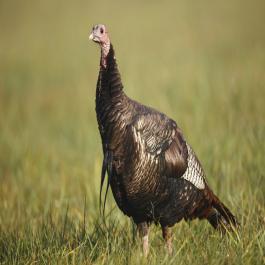