To understand and address the challenge of Newfoundland's declining caribou population, the Government of Newfoundland and Labrador implemented a five-year Caribou Strategy for the island, beginning in 2008. The Caribou Strategy is a comprehensive research and management program to improve ecosystem-level knowledge of caribou and their predators, and test means to mitigate predation mortality on calves. Research to date suggests the demographic mechanism underlying the population decline is high levels of calf mortality due to predation, primarily by black bear (Ursus americanus), and coyote (Canis latrans), and to a lesser extent lynx (Lynx canadensis) and Bald Eagle (Haliaeetus leucocephalus).

Knowledge of predator ecology is therefore critical to developing integrated management approaches for caribou and predators. Predator space use is a fundamental aspect of predator ecology that strongly influences their population dynamics and their use of prey. The size and location of predator home ranges and the consistency of space use over time are important determinants of predator encounter rates with caribou. Likewise, the rate of predator movement across the landscape also influences predator interactions with prey, and also the ability of predators to occupy new territories or recolonize areas where removal or extirpation has taken place. Additionally, changes in predator space use may precede observations of demographic or habitat changes and may thereby function as an early warning of such changes. Despite these important ecosystem relationships there has been minimal work on predator spatial ecology in Newfoundland.

This study was conducted using data amassed from the Caribou Strategy between 2008 and 2013. Radio-telemetry tracking of 88 black bears, 79 coyote, and 13 lynx was employed to investigate predator home range size, site fidelity, and daily movement rate. Patterns in these spatial quantities were elucidated in relation to season, study area, sex, and predator behavioral mode (resident or transient, for coyotes only). The most important findings include:

This study has illuminated patterns in the basic spatial ecology of caribou predators in insular Newfoundland. One of the most significant findings relative to predator management is the long distance movement of transient coyotes. The ability of this canid to cross Newfoundland in a few weeks suggests that any area depopulated by directed management action such as predator removal, could be quickly re-colonized. In addition, the home range size of bears and coyotes in this study are amongst the largest reported in North America. Such large home ranges increase the likelihood of home range overlap between caribou and predators, although the low density of predators may reduce the likelihood of encounter.

This study has been the first to outline patterns of predator space use in relation to a number of fundamental variables (i.e. sex, season, study area, and behavior mode) and provides a foundation to inform our understanding of both their observed predation on caribou and implications and utility of predator management strategies. 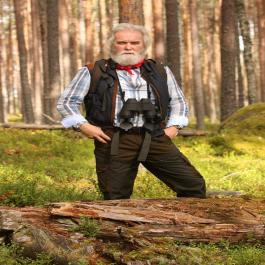